Can You Eat Sunfish? Are These Fish Safe To Eat?

David Phillips | Published On: October 9, 2022October 9, 2022
Fishingery.com is supported by its audience. When you buy through links on our site, we may earn an affiliate commission. Learn More

Can you eat sunfish? People often ask that question, but it’s not as simple as it sounds. It depends on what type of sunfish you’re referring to because there are at least seven different species of this fish that you can find in the United States alone!

If you decide to eat sunfish, here are some things you should know before cooking up your next feast. I never thought about trying sunfish until I had bluegill once at my friend’s place.

They freshly caught it from a river near her place and tasted terrific. I was unsure about its edibility, so I asked are bluegill safe to eat.

She laughed at my question and told me yes, bluegills are edible and completely safe. I loved its taste when I tried it, and it piqued my interest in knowing if people worldwide are eating sunfish?

It made me do all of this little research. I gathered some information regarding bluegills and sunfish. Can you eat sunfish? Let’s dig deeper into the topic.

Table of Contents show
Can You Eat Sunfish?
What Does Sunfish Meat Taste Like?
Are Sunfish Safe To Eat?
Are There Any Health Benefits From Eating Sunfish?
Is It Legal To Eat Sunfish?
Can You Eat Ocean Sunfish?
Can You Eat Giant Sunfish?
How To Filet Your Sunfish?
Are Sunfish Endangered?
Final Verdict:
Frequently Asked Questions
#1 – How much of a sunfish is edible?
#2 – Are sunfish full of parasites?
#3 – Do people eat freshwater sunfish?
#4 – Are sunfish fish good to eat?
#5 – Does green sunfish taste good?
#6 – Can you eat sunfish from a pond?

Can You Eat Sunfish?

Are you too curious to try out Sunfish meat? Do you want to know whether sunfish are edible? The answer is yes! Sunfish are very much edible. Many people eat sunfish; it is not something new. It is a Japanese delicacy to eat sunfish so that you can eat sunfish too.

However, there are many types of sunfish, and not every kind can be eaten. For example, the Sunfish diet determines the answer, that is sunfish edible or not. Before deciding if you want to eat sunfish meat or not, here’s a little extra information for you.

People who have sunfish as a delicacy absolutely love to eat it. On the other hand, I have seen people ranting over the internet that mola mola meat is not tasty.

Some even say it is a useless fish, so whose side are you on? After reading this, this is a question to yourself: Can you eat sunfish? Well, keep on reading till the end to know.

You can never exactly know what sunfish meat tastes like until and unless you try it yourself. I think its taste is very close to tuna, but not everyone would agree with it. Like one of my friends thought it tasted like lobster meat, while others related its taste to the Black Sea Bass.

Because of its strong taste, making it tasty is a tedious task. Eating sunfish is fun, but making it is hard. So, if you want your sunfish meat to taste lovely, browse a good mola mola meat recipe and follow all the steps religiously.

How to prepare sunfish? Its meat is very jelly-like, so you must keep all the tricks in mind while cooking it. Experts say that it needs to be cooked for at least 20 minutes until it gets reduced to half for best taste.

Are Sunfish Safe To Eat?

Can you eat Sunfish? Yes, you can, but are sunfish safe to eat? I am not sure about that. While many people devour sunfish as delicacies, sunfish can contain parasites that may make you sick. The parasites are not poisonous, but they do make you ill.

If you want to eat sunfish without getting sick, make sure that you catch sunfish from clean and unpolluted waters. By doing so, no dangers of parasites would prevail, and your sunfish would be safe to eat. Another thing to remember is don’t jump in to try every kind of sunfish; several species are present.

Choose only the kind you are aware of that won’t threaten you, for example, green sunfish and bluegill fish. Are bluegill good to eat? Yes, they are safe, so go for them.

Are There Any Health Benefits From Eating Sunfish?

Everyone knows how beneficial fish is for one’s health; the same thing applies to sunfish meat. The health benefits of eating sunfish are many. Like every other fish, they contain omega-3 fatty acids that make your heart happy.

They contain good levels of folate and potassium that will keep you healthy. Mola mola meat is high in protein and has deficient levels of mercury. Because of all these reasons, eating sunfish is encouraged. You may replace the proteins in your next recipe with bluegill for a healthy diet, as bluegill nutrition is many.

Is It Legal To Eat Sunfish?

Before eating sunfish, confirm whether or not can you eat sunfish in your state because it might end up with some charges to you. The legal aspects of eating this fish vary in many parts of the world. In Japan, big markets sell mola mola meat, and many people buy it.

It is not frowned upon in Japan; it is totally legal there. In contrast, things differ a little in the United States of America. You are not restricted from having sunfish there, but you must have a fishing license as you cannot catch sunfish without it.

On the other hand, it is entirely illegal to eat sunfish in the countries in Europe.

Can You Eat Ocean Sunfish?

Yes, you can eat ocean sunfish without worrying that it can harm you. It is entirely safe to eat, has many health benefits, and is loved by people all over the globe. Ocean sunfish pose no threat to humans.

All of the parts of these fish are edible. They contain so many nutrients that they are even used in medicines.

Can You Eat Giant Sunfish?

Big sunfish are as edible as the smaller ones. They are an excellent choice for a healthy meal if they are cooked the right way. They would make the perfect meal for anyone of any age containing all the nutrition humans need.

You can eat giant sunfish the way you want. There are no restrictions regarding how you would like to have your fish. Just make sure they are filleted and appropriately cleaned. If you don’t know how to do that, keep on reading.

How To Filet Your Sunfish?

Lay down a newspaper first on your cutting board or countertops; sunfish can leave a smell behind and can be slimy. Start by removing the scales first with a knife or a fish scaler, then remove its head, fins, and tail. Then start slicing the fish from its head to tail with a knife along its spine.

Make sure that you are using a sharp knife. Debone the fish and start cutting the fillets the way you like cooking bluegill. Properly wash the pieces to remove any remains of blood or smell and dry them using a kitchen towel.

Sadly, sunfish also come under the world’s endangered species. They are not critically endangered as they are still found in many parts of the world, like the United States of America. They are even eaten a lot in Asian countries like Japan and Taiwan.

But Sunfish are rare, especially bluegills, and they are not found in many parts of the world now like the European countries. So yes, Sunfish are endangered, and if no proper measures are taken for their growth, they might become extinct.

Having Sunfish is not a bad idea; go for it. Can you eat freshwater Sunfish? Yes, you can! They look beautiful, but they aren’t only beautiful but nutritious too. You don’t have to think twice about this; go and find mola mola meat in your nearest fish market.

I hope you’ll find it tasty too as I did. I deep-frying my sunfish; how do you plan to cook yours? You already know how to prepare sunfish by now.

Make your sunfish meat a delicious meal and serve it to your friends and family. Hear what they have to say about the taste of sunfish. Just make sure your fish is fresh and you get it from clean water.

All parts of the sunfish are edible and are eaten by many, especially the Japanese and Taiwanese people, as delicacies. All of their body parts are valued so much due to the medical values that they are utilized in medicines too.

#2 – Are sunfish full of parasites?

In conclusion, it can be said that sunfish can contain parasites, but not all of them have parasite infections.

Yes, sunfish are good to eat because of their nutritional properties. If we caught it in clean water, I recommend you try eating it. You may hesitate at first, but once you try it, you will definitely want to try it again.

Green Sunfish do taste good. They have a nutty flavor and a flaky texture; if you asked me to explain their taste, I would say it tastes close to tuna. You can create any fish recipe using green sunfish meat.

If the pond water is clear and not muddy or contaminated, you can eat sunfish from that pond. Remember, it is essential to catch fish from uncontaminated waters. Otherwise, it would get infested with a lot of parasites. 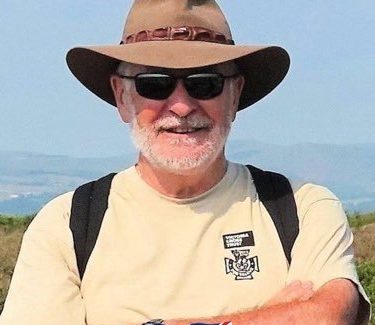 How Long Do Betta Fish Live? (Increase Their Lifespan)

How To Eat Crawfish? (The Proper Way Explained)

How To Make Fishing Lures (In 7 Simple Steps)